Black Lives Matter Is Not A Racist Statement- A Comic 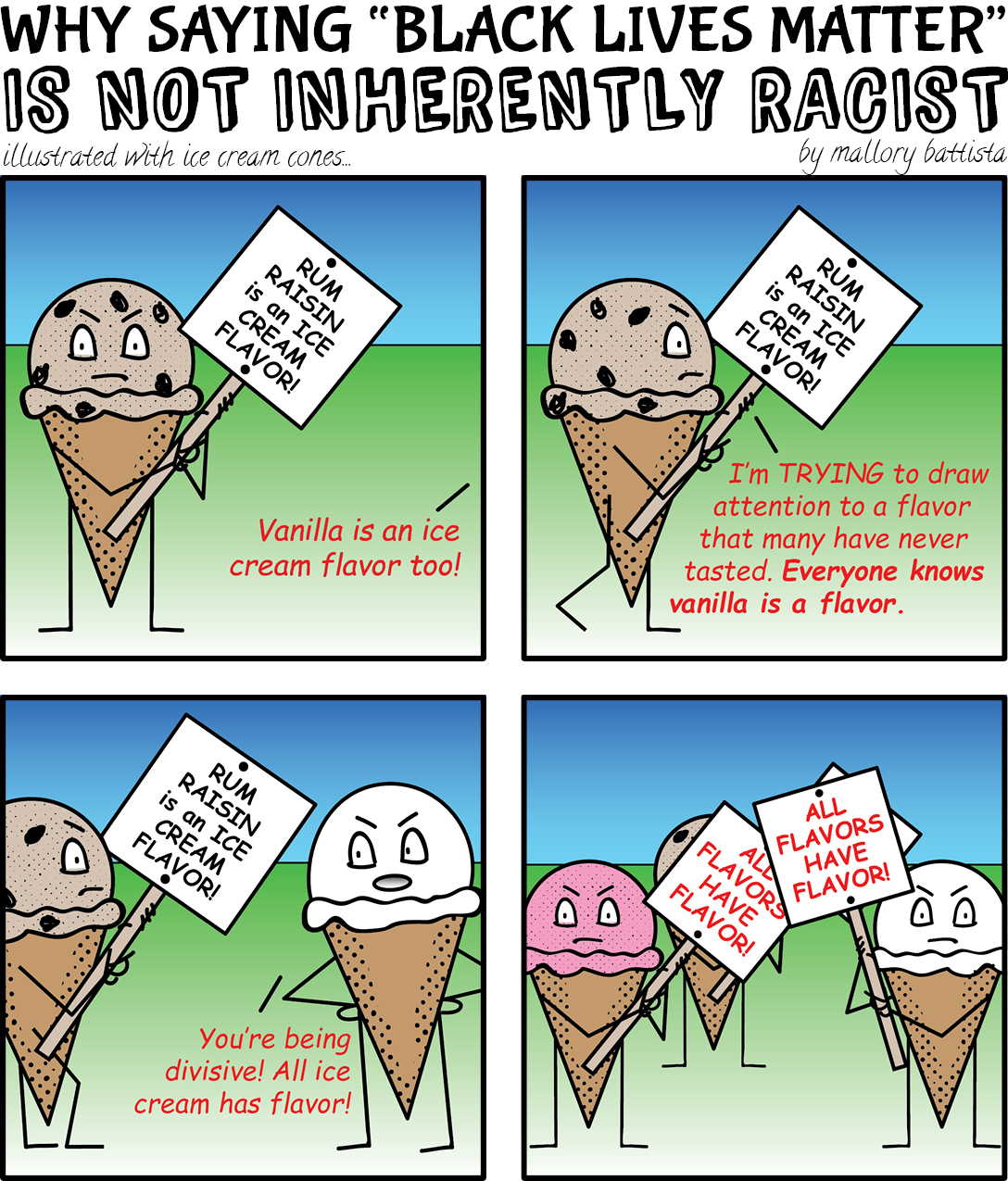 There has been a lot of outcry about the statement “Black Lives Matter,” with people complaining that the statement itself is racist. They are attempting to drown it out by yelling “all lives matter” (a phrase that ironically reinforces that Black lives do indeed matter). Even some supporters of the cause have conceded that it should have been dubbed “Black Lives Matter Too.” However, it’s obvious to me that the “too” is implied and the whole drama is a head scratcher. If you have a problem with the actions of some of the people within the movement* that’s another topic, but taking offense to the statement “Black Lives Matter” really makes absolutely no sense.

It’s not “Black Lives Matter More Than Other Lives.”

It’s not even “Stop Acting Like Black Lives Don’t Matter.”

It’s just a statement that Black lives matter. EVERYONE should be able to agree on that! This really bugs me, which I understand is a pretty flimsy complaint since I am not personally affected by the movement or what sparked it, but I hoped maybe an analogy would illustrate the absurdity of being offended by the undeniable truth that all lives matter AND Black lives matter.

*I would caution you not to judge the mission of a whole movement by the actions of some individuals carrying their banner.