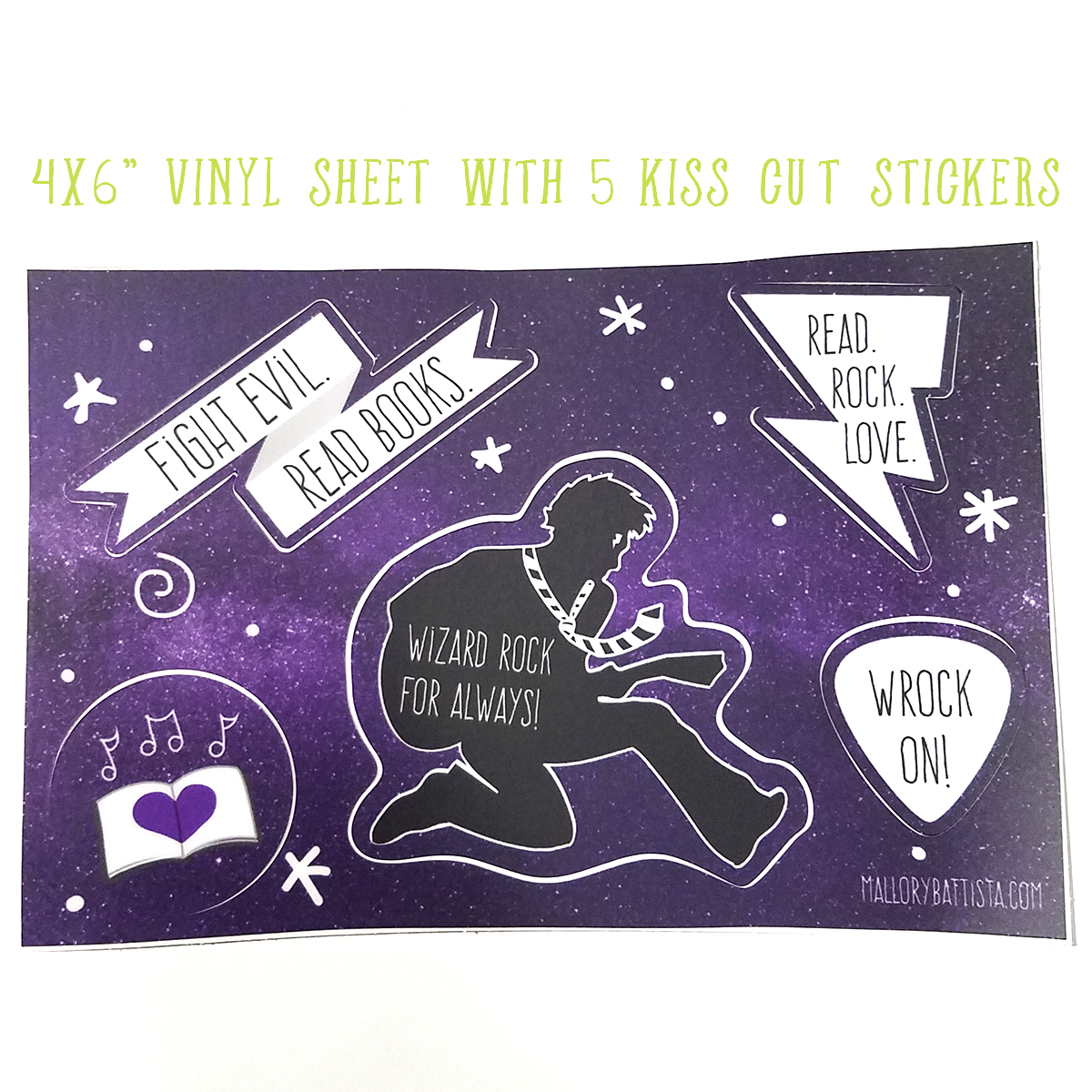 If you aren’t familiar with Wizard Rock, see “The Wizard Rockumentary” below, but if you are, I don’t need to tell you how amazing it is. This 4×6″ vinyl sticker sheet features 5 kiss-cut wrock stickers that can be stuck to your car, water bottle, guitar, steamer trunk, or whatever. The silhouette of Harry on guitar is an icon from the Wrockumentary, with the addition of the phrase “wizard rock for always.” Wizard Rock will forever have a piece of my heart, and designing this was a blast!

The Wizard Rockumentary: A Movie About Rocking and Rowling

“Enter a world where music is magic, love is power, and reading is cool. That is the world of wizard rock.”

Sooooooo, a million years ago, way back in 2006, my twin sister and I began documenting a niche of the Harry Potter fandom called Wizard Rock. It was amazing and nerdy and awesome, and some of the most fun I’ve ever had. We filmed for two years all over the US and watched Wizard Rock grow like crazy in the time leading up to the release of the final Harry Potter book, Deathly Hallows. My sis, Megan Kennedy, filmed and edited the whole thing. She worked as an editor at North By Northwest at the time, and they let us use their equipment after hours. I conducted the interviews, assisted Meg, did all the design work, and was there weighing in during all the long hours editing. The documentary debuted in 2008 at the Garland Theater in Spokane, WA, and later showed at several Harry Potter conventions in the US and Canada as well as at various libraries (I LOVE libraries!). Wizard Rock still thrives today, and The Wizard Rockumentary still transports me back amidst all the excitement and enthusiasm of the Harry Potter fandom at a time before we knew how the series would conclude (and before we could shoot in high-def). 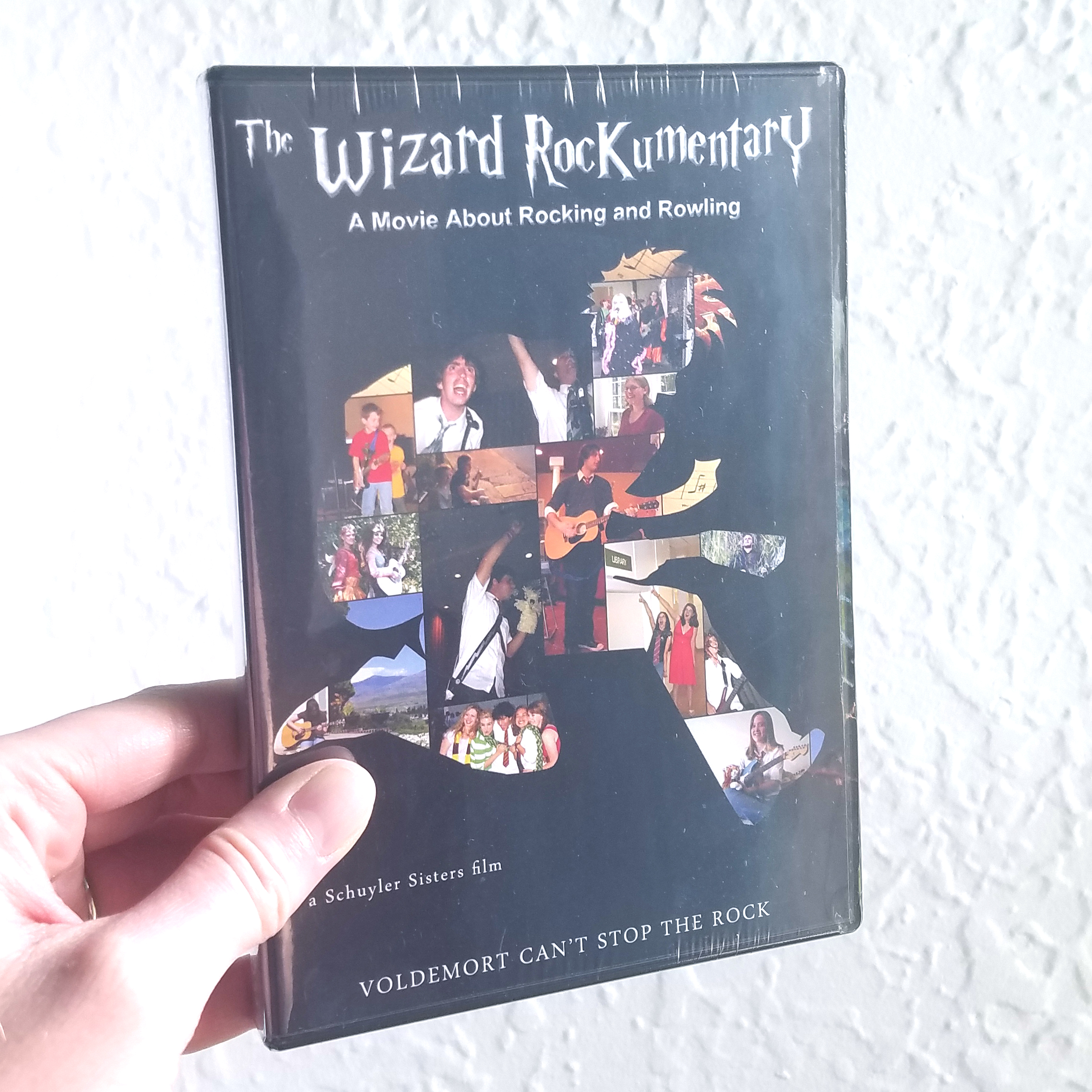 It is hard to believe that the Wrockumentary is now old enough to get its Hogwarts letter, but to celebrate its age I will be selling the Wrockumentary DVDs for only $11*! The DVD includes the full length documentary as well as the first-ever wrock music video, created for the first-ever wrock song, “Ode To Harry” by Switchblade Kittens. There aren’t too many of these treasures left, once the box in my basement is empty, that’s it! (LOL.)

Want to get it for FREE? Request that your local library buy a copy! Public libraries are awesome and will often acquire requested materials for their catalog. (I repeat: I LOVE libraries!) This is a piece of pop culture and literary history you can share with your community!

To acquire The Wizard Rockumentary for a library catalog, email me for an invoice! (Library sale price $25!)

Sign up to hear about new art and giveaways! Thanks for looking!